At Leopold Law, Bergen County divorce lawyer Howard Leopold has more than 25 years of experience handling many different family law and other civil matters. He provides knowledgeable advice, counsel, and representation to people seeking to dissolve a marriage. If you are going through a divorce or dealing with another family law matter, Mr. Leopold can represent you in related court proceedings or mediation. He also can assist accident victims with the process of pursuing compensation for their injuries.

Family law matters can include issues related to property division, child custody, spousal support, child support, visitation, and paternity. Often, disputes over these matters can turn heated. It is critical to retain an experienced attorney who understands how your rights and obligations are defined and how the court is likely to perceive your case. In New Jersey, you have many choices to make during a divorce or another family law matter, including whether to pursue a divorce on no-fault grounds or fault-based grounds.

In New Jersey, divorces can be sought on either fault grounds or no-fault grounds, such as irreconcilable differences. Irreconcilable differences mean that the spouses have no reasonable chance of reconciling and have had those differences for at least six months. When a divorce is based on irreconcilable differences, no separation period is required. Often, a no-fault divorce eases the transition for a couple's children, since it is very stressful for children to hear negative things about their parents' behavior. Fault-based grounds include extreme cruelty, desertion, adultery, and 12 months of drug abuse. Bergen County divorce attorney Howard Leopold can advise you on which grounds may be appropriate for your divorce.

If the spouses have children, they will need to develop a child custody and visitation plan. Child custody has two parts: physical and legal custody. Physical custody describes how much time a child spends with each of their parents. Legal custody describes the right of each parent to make important decisions for the child in connection with such matters as religion, education, and medical treatment. Custody can be awarded jointly or solely, and sometimes parents are awarded joint legal custody but not joint physical custody.

Both parents are required to provide financial, as well as emotional and medical, support to a child. Under the New Jersey child support guidelines, a child has a right to share in the current income of both parents. The guidelines that courts follow when awarding child support were put in place to be roughly equivalent to the parental net income that goes toward children in families in which a divorce has not occurred. The court uses the child support guidelines as a rebuttable presumption, and a divorce attorney can explain to Bergen County residents how the guidelines may apply in their case. A parent can rebut this presumption by showing the court that it is not appropriate to use the guidelines in their situation.

Sometimes courts make a financial award known as alimony to one of the spouses. It is usually tax deductible to the paying spouse, but it is taxable income to the recipient spouse. Alimony can be awarded to a spouse of either gender. Usually, however, a spouse who receives alimony was financially dependent on the other spouse during the marriage. Under N.J.S.A. 2A:34-23(b), the court is supposed to consider 14 statutory factors when deciding whether to award alimony and how much to award. Moreover, there are different types of alimony, including limited duration alimony, open duration alimony, reimbursement alimony when one spouse financially supported the other spouse so that they could receive higher education, and rehabilitative alimony.

In New Jersey, marital property is subject to equitable distribution at divorce, which is not necessarily an even split. Each spouse keeps their own separate property during a divorce. Roughly, separate property is assets acquired prior to the marriage or gifts or inheritances received during the marriage. Sometimes a prenuptial or postnuptial agreement may provide for a different property division. There are certain situations in which the value of separate property is increased during the marriage because of the non-owner spouse's efforts. For example, if your spouse worked on a house that you bought prior to your marriage and made repairs that increased its value, the nature of the property might change such that it would be subject to equitable distribution. A Bergen County divorce lawyer can examine the nature of an asset and advise you on its value and classification.

After a child is born, the woman who gave birth to the child or adopted the child is its legal mother. Paternity can be more complicated. It may be proven through the court's entry of a judgment of paternity or judgment of adoption. However, legal paternity can also be established if unmarried parents sign a sworn statement known as a Certificate of Parentage. There are also various situations that give rise to a presumption of paternity. For example, the husband of a child's mother when the child is born is presumed to be the child's father.

To get compensation in a personal injury claim, an accident victim will need to prove that the defendant acted carelessly (negligently) by failing to take proper safety precautions, and this caused the accident. Sometimes a defendant turns around and claims that an accident victim was partially or fully to blame. New Jersey follows a rule of modified comparative negligence, which means that a plaintiff's compensation will be reduced by an amount equal to their proportion of fault. If the plaintiff was more than 50% at fault, they cannot recover any compensation. An attorney can help an accident victim make sure that a defendant does not transfer excessive fault to them.

Car accident cases are subject to different rules than some other personal injury cases. There is a choice no-fault system in New Jersey. When you buy insurance, you choose between two policies. The basic policy is a kind of no-fault car insurance so that you first turn to your own personal injury protection coverage after an accident that causes injuries. Your PIP claim will not cover noneconomic losses like pain and suffering. In New Jersey, you can go outside the no-fault system and sue in the event of very serious injuries, such as a displaced fracture, significant scarring, significant disfigurement, the loss of a body part, or a permanent injury.

If you are injured on somebody else's property, such as in a slip and fall accident, you may be able to bring a premises liability lawsuit to recover compensation. However, your status on the property can significantly affect the duty that the property owner owes to you and whether you can recover damages. The highest standard of care is owed to business invitees, such as customers in retail stores. These businesses need to make sure that they promptly address any hazards that could affect the safety of their customers. Otherwise, they may be liable for any damages resulting from the injuries, such as medical bills, lost income, and pain and suffering.

Difficult times can create many different types of burdens. At Leopold Law, LLC, we believe that each family law matter and personal injury case should be treated with the utmost attention. We have more than 30 years of experience handling many different types of civil matters. Call (201) 345-5907 or use our online form to set up an appointment with a divorce lawyer in Bergen County or get advice on pursuing a personal injury claim. Mr. Leopold is available for daytime, evening, and even weekend appointments. 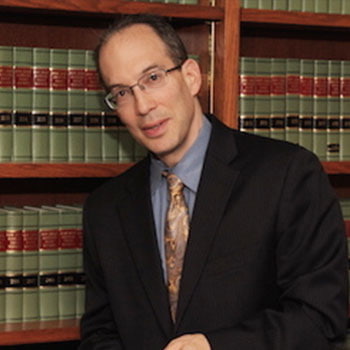 Howard B. Leopold extensively focuses on matters relating to all family law matters and issues. These include: adoption, custody, child support, alimony/maintenance, visitation, equitable distribution, and tax related issues. He also handles post-divorce judgment matters such as enforcement and modification of orders. Originally from Brooklyn, New York, he has obtained admission to the New Jersey and New York Bars.

VIEW MORE
Client Reviews
★★★★★
"I had a legal issue with a contract and Mr. Leopold was nothing but truthful, just and honest about how I should proceed with my case. The guidance I received was nothing short of exceptional. I would have no issue whatsoever with recommending him to anyone who needs legal advice or services. He is your man if you need a keen legal eye watching out for you." Iam E.
★★★★★
"Howard gave me the courage to stand up for myself. He showed me the person I could be and encouraged me to make decisions with a healthy future in mind. " Chloe
★★★★★
"Howard went above and beyond for me. He responded to emails, texts, and calls day and night and was aggressive in Court. I am grateful for all his efforts." Pia
View More
Submit a Law Firm Client Review
Contact Us