Serving NorthernNew Jersey and New York
Contact Us for a Free Consultation
Home
Articles
Can You Appeal a Final Divorce Judgment in New Jersey If You Don't Participate in the Litigation?

Can You Appeal a Final Divorce Judgment in New Jersey If You Don't Participate in the Litigation? 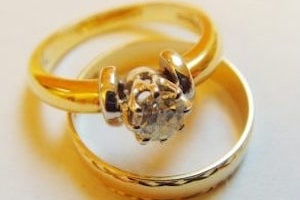 In an unpublished New Jersey appellate case, a wife appealed from a trial court denying her motion to set aside a final divorce judgment. The court had entered the judgment after she defaulted. She and her husband had married twice, divorcing in 1979 and remarrying in 1988, and again separating in 2010 before the husband filed for divorce in 2014. The defendant didn't answer the husband's complaint.

The husband filed a notice of proposed final judgment in 2015. This notice was directed to the wife and included an itemization of the couple's assets, including real property, a business, cars, and other property. The notice proposed a June trial date. On that date, a hearing was held and the divorce judgment was entered at the end of the hearing. The wife attended the hearing.

The order asked the parties to itemize the real estate that they were selling by certain dates and divide those proceeds evenly; it also stated who could stay at the couple's home before it was sold, and who could collect rents from rental houses. It also specified terms for selling the jointly owned business, among other things. The husband was to keep possession of his bank account and the couple's safe deposit box's contents were to be appropriately divided. Their personal property and bank account were also to be divided.

Three months after the order was entered, the wife moved to vacate it. She claimed that a conflict of interest regarding the husband's attorney gave him an obligation to inform her to get an attorney. She claimed she wasn't served with the divorce complaint and didn't know about the divorce pending. The wife's attorney hadn't gotten transcripts of the two prior hearings, and the court said that the husband's attorney had filed a certification that showed there was no conflict of interest. The wife certified she hadn't been served with the complaint, but an affidavit of service showed her son, who was 23, had been served.

The judge also told the wife's attorney that notices had been sent to the wife in both English and Spanish, and she'd asked the husband for an attorney before the hearing, which suggested she knew about the divorce proceedings.

The wife argued that the proceedings were hard to understand. The judge responded that an interpreter had been used and the wife had answered him directly on different occasions when spoken to. Although she was told she had the right to ask questions, she didn't.

The wife argued that the alimony and property distribution were not enough. The court explained that the husband didn't provide for alimony in his proposed final judgment because the couple would still be able to take the same amount out of the business and the wife was awarded the right to collect rental income, which gave the wife a more comfortable lifestyle than the husband had.

The wife claimed that she believed the husband had signed her name on their joint tax returns. The judge dismissed this claim as a non-issue. He decided that the wife hadn't shown excusable neglect in failing to answer the complaint or participation in litigation and affirmed the final order.

The defendant appealed, claiming the division of property was inappropriate and that she should have been heard on the issue of alimony. The trial court had decided her motion under Rule 4:50-1, which provided that a party could be relieved from a final judgment based on excusable neglect, surprise, inadvertence or mistake, and a few other grounds.

The appellate court found that the wife had been given the opportunity to participate in the proof hearing by questioning the husband but had chosen not to. She hadn't shown the trial court's determinations were unfair or contrary to law, or provided any other reason to justify relief from the final judgment.

If you are considering divorce in Bergen County, and you need to protect your rights during the equitable distribution process, it is important to retain an experienced and aggressive equitable distribution attorney to seek an appropriate outcome. Contact the lawyers of Leopold Law at (201) 345-5907 or through our online form. We have attorneys available who can handle all aspects of a divorce.