Change in Circumstances and New Jersey Alimony and Child Support 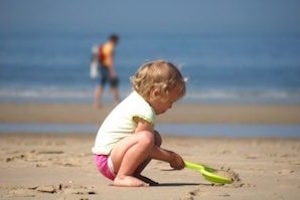 The father moved to terminate alimony based on a change in circumstances. This motion was denied. Later the father tried against to end alimony and increase child support, but the wife filed a for primary residential custody of two of the kids, enforcement of the alimony order, and recalculation of support for the kids. The judge reduced the alimony payments and increased child support among other things.

The judge ordered a hearing on child supporting, parenting time, custody and alimony. In his order, the judge found nothing had changed significantly since the divorce judgment. The judge did find the plaintiff improved her economic situation by finishing her education, getting her degree and getting a job, but that this didn’t dispose of the custody issue. The judge also noted that the plaintiff had a difficult relationship with her oldest daughter and that the couple was reluctant to split the children up. The plaintiff’s motion for change of residential custody and ordered child support based on the guidelines’ sole parenting worksheet.

The parties asked for reconsideration. The plaintiff argued the judge didn’t address other issues in dispute, and which party could claim the kids as tax exemptions. The defendant opposed, arguing a lack of timeliness. He moved to get the parenting time schedule adjusted and to clarify whether his alimony obligation ended because the plaintiff didn’t need rehabilitation. The judge admitted he’d made an error under the guidelines, and he created two worksheets and averaged the child support amount. He claimed that the alimony was reduced because the mother had progressed in school and employment.

Two orders were filed that maintained the alimony obligation, ordered the mother to pay child support, and denied the father’s request to have alternating weekends of parental time.

On appeal, the father argued alimony should have been terminated sooner, while the mother argued it was a mistake to reduce alimony. Rehabilitative alimony is provided in order to give financial help to one of the spouses while he or she gets ready to go back to the workforce. Under N.J.S.A. 2A:34-23(b)(d), the court must consider various factors in setting or modifying an alimony award, even one for rehabilitative alimony.

The appellate court explained that the record showed the judge had ordered the hearing to resolve the alimony dispute. The judge had cited the mother and father’s testimony about their financial conditions. The father had not submitted a transcript of the hearing, however, and the appellate court found that transcripts were necessary to consider the appeal. The order related to the father’s alimony obligations was affirmed. The father also argued it was a mistake not to grant him alternate weekend parenting time.

The appellate court found he didn’t present anything to support this claim. It explained that if there’s a prior court order that specifies the residential custody and parenting terms, a parent trying to alter the terms must show changed circumstances. The father had asked for various changes, including reimbursement of extracurricular activities, but failed to explain what the proper calculation would have been for his three children given the guidelines. The orders were affirmed.

If you are considering a divorce or need to modify alimony or child custody orders in your divorce decree in Bergen County, it is important to retain an experienced and aggressive attorney to seek an appropriate outcome. Contact the lawyers of Leopold Law at (201) 345-5907 or through our online form. We have attorneys available who can handle all aspects of a divorce.