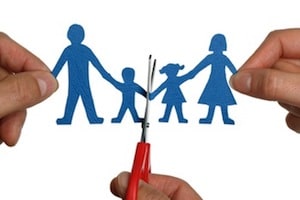 Resolving disputes involving child custody and visitation is often the most difficult and stressful part of a divorce. Too often, children are turned into “cannon fodder” in the bitter war between their parents.

It’s almost always best if the parents can come to an amicable agreement on issues of child custody and visitation.No judge can understand your family and your situation as well as you do, and a judge may not have the time or inclination to come up with creative solutions that meet your family’s needs.

We can explain your child custody and visitation rights under New Jersey law, and help you negotiate with your former (or soon-to-be-former) spouse or domestic partner. However, if you’re unable to come to an agreement we will go to court to vigorously protect your rights.

Under New Jersey law, child custody has two components:“physical” and “legal.”Both forms of custody can be “joint” or “sole.”

Parents have joint physical custody when the child splits his or her time between the two households.This division of time does not have to be exactly 50/50.Parents can alternate days, weeks, or months or come up with any schedule that makes sense for the parents and child.

A parent who does not have sole or joint physical custody of a child may have the right to visitation, which is also called parenting time.

In determining both physical and legal custody of a child, as well as visitation rights, a New Jersey court’s main consideration will always be “the best interest of the child.”Some of the factors a court will consider in making its determination are:

We invite you to contact our Hackensack office for a free initial consultation with one of our experienced New Jersey family lawyers.