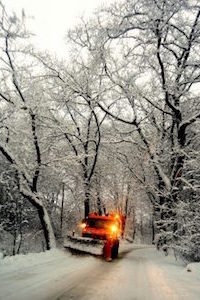 In a recent New Jersey alimony decision, an ex-husband appealed the denial of his request to end alimony payments to his ex-wife due to her cohabitation. The former couple had four sons and were involved in significant motion practice about financial matters while the divorce was going through.

After the divorce judgment, the ex-husband was twice determined to have violated the former couple's matrimonial settlement agreement. The ex-husband was supposed to give the defendant his financial records each year so that the alimony could be adjusted upward when appropriate. A judge noted that he'd consistently acted in bad faith, and his answers to requests for additional information were disturbing.

In a 90-day period, the ex-husband hired a PI to conduct surveillance on the ex-wife's home. The PI recorded his observations in just under a month. Thirteen times, the ex-wife's boyfriend stayed overnight and was inside the house even when the ex-wife and kids weren't home. The judge who determined the cohabitation motion also presided over other litigation. She verbally noted that the ex-husband hadn't gotten an update from the PI immediately before filing the motion.

The judge issued a written statement of reasons after oral argument and noted again that the settlement agreement provided cohabitation would be the basis for modifying or terminating the alimony obligation. The judge determined that there was no cohabitation because the ex-wife and boyfriend didn't share finances or living expenses, and they didn't talk about themselves as girlfriend and boyfriend. The judge also determined that documented events in which the boyfriend was involved in activities around the defendant's house were restricted and were events of chivalry, rather than the doing of household chores regularly. She concluded that the PI had only found a dating relationship.

The ex-husband appealed, arguing that the lower court's order wasn't supported by competent credible evidence and reflected a notable deviation from reasonableness, such that a reversal was required.

N.J.S.A. 2A:34-23 states that alimony can be concluded or suspended for cohabitation, and cohabitation exists when there's an intimate, supportive personal relationship in which a couple undertakes privileges related to marriage, regardless of whether they share only one common household. Factors the court is supposed to consider include mixed finances, shared living expenses, recognition of the relationship in a couple's circle, living together, shared household chores, whether the person getting alimony has gotten a promise from the other person, and other relevant evidence.