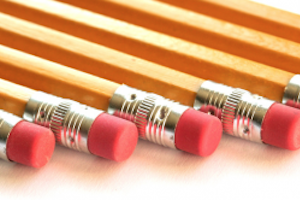 In a recent New Jersey appellate decision, a father appealed from the denial of his application to emancipate his 21-year-old son and terminate child support, and the grant of the mother's motion requiring him to contribute to the son's education expenses after high school under their settlement agreement.

On appeal, the father argued that the mother hadn't given enough evidence to the trial court to justify denying emancipation. He argued that the court made a mistake in not terminating or reducing child support and in requiring him to contribute to his son's training without considering the relevant legal factors.

The couple had divorced in 2011 after 19 years of marriage. They'd had two kids. Their divorce was finalized in March 2011. This incorporated their property settlement agreement. Under that agreement, the parties shared legal custody of their kids, and the mother was the parent of primary residence. The defendant was the parent of alternate residence.

The defendant had to pay child support that exceeded the guidelines. The agreement also terminated child support if certain events occurred. These included graduation from high school, the child's marriage, the child's disability, the death of the child, or emancipation, including emancipation based on employment. However, emancipation based on employment could be terminated if the child stopped working, and a child going to school after high school couldn't be considered emancipated.

The couple's settlement agreement provided that the couple recognized their joint obligation to give their un-emancipated child a college education. They also agreed that if a new college education-related expense came up, it would require a review of child support.

In 2015, the father filed a motion asking that the son be considered emancipated retroactively to 2013 and that child support be terminated and he be reimbursed for payments he'd made after the 2013 emancipation date. He said he was out of work and self-employed because of a disabling health problem. He'd made less than $30,000, although he was imputed to have an income of $40,000. He'd paid his child support by liquidating assets, and they were not exhausted.

The son had gone to NASCAR Technical School and worked part time after graduating in 2012. He'd graduated in 2013 and become full-time employed with a tire shop. The mother said, however, that the son had graduated from Universal Technical Institute in 2014 and that this was simply initial training he needed to eventually become a pit crew member for a racing team. She claimed the son had immediately gone to a training school that was invitation only, and he had to take classes there two days a week in addition to field training for five days a week. He also interned and therefore could only work part time.

The mother claimed that the son's grandmother had funded the son and that the father refused to contribute. She disputed his claims of being out of work.

The trial court had denied the application for emancipation and ordered the father to contribute. It also denied the mother's request for retroactive contributions, since the mother hadn't discussed this with the father ahead of time.

The defendant appealed, arguing that the lower court had failed to consider 12 non-exhaustive factors that the court was supposed to consider under Newburgh v. Arrigo. These factors were whether the parent would have contributed had he still been living with the child, the effect of the parent's background on whether it was reasonable to expect higher education, the amount of the contribution sought, the parent's ability, the relationship of the contribution to the type of school, both parents' financial resources, the child's commitment, the child's resources, the child's ability to earn income during the school year, the availability of financial aid, the child's relationship to the paying parent, and the relationship of the education sought to prior training.

The appellate court found that there was no consideration of these factors and no hearing to take evidence on them. It reversed the decision and sent the case back.

If you are considering a divorce in Bergen County, and you are concerned about child support obligations, it is important to retain an experienced and aggressive child support attorney to seek an appropriate outcome. Contact the lawyers of Leopold Law at (201) 345-5907 or through our online form. We have attorneys available who can handle all aspects of a divorce and post-divorce family law matters.