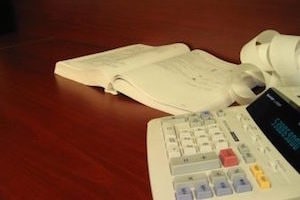 Under Rule 5:3-3(c), a family court is authorized to appoint an economic expert when it concludes the expert will help to determine an economic issue. In a recent New Jersey family law case, the lower court required an ex-husband to share the cost of a court-appointed forensic accountant with his ex-wife. The court determined that neither of the exes was cooperative with the other, and this was why the appointment was necessary. The ex-husband appealed, arguing that the whole cost should be assigned to his former spouse. He believed that the accountant needed to be hired only because there were questions about her income and assets.

The couple had divorced in 1998. They had a child and agreed to share the costs of future college tuition, based on what they could afford at that time. When their child was ready to go to college, they were unable to come to an agreement. The mother moved to compel her former spouse to contribute. He claimed he couldn't afford it as a truck driver and filed a cross-motion for reduction of child support and a questioning of the mother's income and assets. He claimed that he had a five-figure income and was worth only about three times that amount, based on retirement savings.

The mother also had a five-figure income, but 20% higher than his. She claimed this was based on income from several rental properties. The appellate court found she was worth seven figures, and this was about 10 times her former spouse, based on her real estate. The father questioned her claims and said she had been a self-employed builder. He believed she'd significantly reduced the value of her property since earlier filings. He argued her budget exceeded the income she'd reported.

The court appointed an accountant to determine the mother's income from multiple businesses. The parties were supposed to split the cost of the accountant evenly. The mother didn't disclose certain documents, thereby delaying the accountant. A year later, the report was completed, based on the information that was submitted.

The parties agreed that the father would need to pay 15% of the costs and expenses of a private university's tuition for their child. He would no longer have to pay child support. The court's order said that the parties would try to resolve their differences related to the forensic accountant's invoice or come back to court. The other issues were waived.

The former couple couldn't come to an agreement on the fee, so written submissions were made. The father argued that the mother should be responsible for the entire invoice because she'd understated her income dramatically. He also claimed that her lack of cooperation increased the cost of the accountant's work.

When the accountant submitted a final invoice, it was determined that the mother paid just under $7,000. The father paid only a tiny bit less. The accountant wrote off a chunk, but about $10,000 was still owed. The court ordered the father to pay slightly more than the mother, but when added to their prior payments, each former spouse was responsible for almost equal amounts of the bill.

The appellate court found that the court shouldn't have concluded the former spouses were equally cooperative. The expert had claimed the mother didn't cooperate with the document production. The father was never alleged to be uncooperative. There was support for the father's claims that the mother's presentation of finances was inaccurate.

There wasn't enough support for the order, and the appellate court vacated it and sent it back for reconsideration.

If you are considering a divorce in Bergen County, and you are concerned about property distribution, it is important to retain an experienced and aggressive family law attorney to seek an appropriate outcome. Contact the lawyers of Leopold Law at (201) 345-5907 or through our online form. We have attorneys available who can handle all aspects of a divorce.