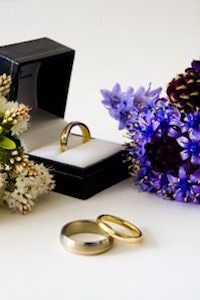 In a recent New Jersey alimony decision, an ex-husband appealed from an order denying his request for a modification to alimony. It required him to pay back due alimony, pay through probation, and show proof of life insurance.

The couple had married in the 1980s and had two kids. They divorced in 2008 and signed a property settlement agreement. The husband was to pay the wife permanent alimony and keep a life insurance policy in which she was named as the beneficiary. When they divorced, his income was agreed to be $82,000 per year, not including his pension. Her annual income was imputed to be $30,000.

He filed a motion to modify this alimony in 2015 without legal representation. He submitted a certification explaining that for the last 13 years, he'd earned an annual income of $158,000 including his pension, but he was on medical leave due to prostate cancer. He expected to get temporary disability benefits.

He also planned to go back to work after recovering from cancer. However, he also said he couldn't go back to his current job due to problems with mold there. He claimed that trying to resolve health conditions at work wasn't successful and that he'd resigned, and he'd sued his employer for constructive termination. He stated that since he was 58 years old, he planned to retire early with the pension being his only income source. He wanted to be relieved of his duty to pay alimony.

His ex-wife asked the court to deny the motion and order repayment of back alimony payments. The Family Part denied the husband's request. He appealed.

He argued that the court should've held a plenary hearing on changed circumstances due to his cancer diagnosis and his claim he couldn't go back to work due to mold and his allergy to it. The appellate court disagreed.

It explained that alimony can be modified at any time if substantial and permanent changed circumstances are shown. When reviewing a modification, the court is supposed to look at evidence of a spouse's financial status to determine what would be equitable and fair. The party asking for a modification has the burden of showing changed circumstances. A key issue when looking at whether to terminate alimony is whether the supporting spouse has the ability to pay it.

In this case, the husband faced a temporary change in circumstances due to cancer. But no doctors provided an opinion that he couldn't work or that it would harm his health. His employer had given him an accommodation to go back to work. His decision to take early retirement was voluntary and not based on what a doctor had advised him to do.

The appellate court explained that an ex-spouse's illness after a divorce constitutes a change of circumstances that could be considered when deciding whether to modify. However, it isn't the illness itself that justifies a modification, but how the illness affects the obligor's capacity to earn and pay an obligation.

In this case, the husband didn't show that either his prostate cancer or his mold allergy stopped him from going back to work or reduced his ability to earn. It affirmed the Family Part's decision.