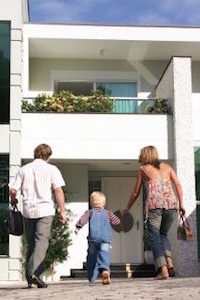 In a recent New Jersey child support case, the father had filed a motion to reduce the child support he paid to the mother of his child from $305 each week to $150 each week.

The couple divorced in 2013. Their property settlement agreement designated the mother as the primary caretaker of their kid, and the father was supposed to pay her $180 each week in child support. This amount was calculated in connection with the Child Support Guidelines. Almost $70,000 was imputed to the father in gross annual income, with only $15,000 imputed to the mother. The mother was entitled to limited duration alimony until 2014.

The father appealed, claiming that the lower court hadn't provided a statement to explain the reason for the relief it granted. The appellate court noted that the Child Support Guidelines originally found he was capable of earning a gross annual income of over $200,000. The worksheet also showed the court found the mother was able to earn just under $20,000 annually. The father didn't file a notice of appeal or motion for reconsideration on that initial order.

In 2016, the father asked to reduce his support payments because the child support he paid didn't show the cost of providing the child with health insurance or the number of his overnights with his child. However, he didn't dispute that the judge attributed to him close to $70,000 in yearly income to determine child support. Instead, he mentioned that if the child support were calculated using health insurance costs, the overnights the child spent at his home, the nearly $70,000 income for him, and the income of just over $15,000 for the mother, his obligation would be $150.

The court issued a tentative decision and then revised that decision. It determined that the father's child support should be $301 each week. The court didn't give reasons as to why it didn't reduce child support as requested by the father. But in another order, it stated that the amount reflected the health insurance credit due to the father. It also found there wasn't a reason to depart from the original amount imputed to the father.

The appellate court reasoned that the time to appeal the earlier order had long since come and gone. The court also noted that in the father's motion, he had never advocated for a change in the income imputed to him. The appellate court noted he wasn't precluded from filing another motion to ask for a prospective modification of support based on his existing finances.

If you are considering a divorce in Bergen County, and you are concerned about child support issues, it is important to retain an experienced and aggressive attorney to seek an appropriate outcome. Contact the lawyers of Leopold Law at (201) 345-5907 or through our online form. We have attorneys available who can handle all aspects of a divorce.