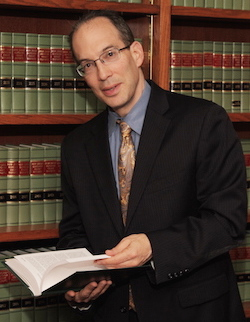 Howard B. Leopold extensively focuses on matters relating to all family law matters and issues. These include: adoption, custody, child support, alimony/maintenance, visitation, equitable distribution, and tax related issues. He also handles post-divorce judgment matters such as enforcement and modification of orders. Originally from Brooklyn, New York, he has obtained admission to the New Jersey and New York Bars. Mr. Leopold received his B.A. from the State University of New York at Albany and his J.D. from Albany Law School. He has more than 25 years of experience practicing law, starting with his work in the litigation department of a New York City law firm. Before founding Leopold Law, he also worked for four years at a New Jersey firm.

Mr. Leopold recognizes that family law proceedings may take an emotional toll on a family, particularly if children or significant assets are involved. He can advocate for you in disputes involving child custody, child support, alimony (spousal support), property division, and more. A New Jersey court will determine custody according to the best interests of the child, but there are many factors that go into its analysis. Thus, it is important to retain a child custody attorney who can present your position in a persuasive manner and make sure that your child’s future is protected.

Similarly, the laws governing the division of assets and debts following a divorce provide for significant discretion and flexibility. Rather than automatically dividing a couple’s marital property exactly equally, as some states do, New Jersey allows courts to use a principle called “equitable distribution.” Marital property is divided in a way that is fair, but this may not result in an even division in some cases. The process may be particularly complex when a couple has substantial assets, such as real estate, investments, or businesses. To safeguard your interests and build a sturdy financial future, you should consult an equitable distribution lawyer who can identify all of the marital assets and explain why they should be divided in the manner that you propose.

Alimony, also known as spousal support, is an area of New Jersey law that is frequently changing. Mr. Leopold stays up to date with the latest developments and can help clients fight for an alimony amount that is fair and appropriate. If you need to modify alimony payments or child support, he can assist you with the legal process of showing that a substantial change in circumstances has occurred in your life or the life of your former spouse. (Modifications to child custody arrangements also may be sought when needed, and knowledgeable representation by a New Jersey divorce lawyer is a critical tool to have on your side in these situations.)

When he is not advocating for the rights of his clients, Mr. Leopold gains great satisfaction from his participation in community organizations. He has judged high school moot court competitions, helping young people develop skills that may make them strong future attorneys. He also has served as the President of the Jewish Community Center of Paramus/CBT and as the Vice-President of the Oradell Little League. Mr. Leopold spends much of his time with his four children, whom he has coached in baseball, basketball, soccer, and softball.