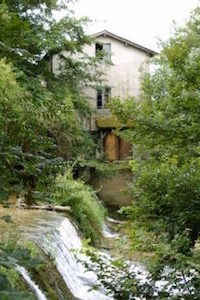 In a recent New Jersey appellate case, a couple executed a property settlement agreement before divorcing. The husband agreed he would pay the wife permanent alimony, and in the equitable distribution of their property, he agreed he would provide his interest in the couple's home in Mount Laurel to the wife, while the wife agreed to provide him with her interest in a house they owed in Brigantine.

In 2015, the wife moved the court to try to get out of making the $75,000 lump sum payment. She cited an unforeseen circumstance, specifically the bank's class action settlement with the Department of Justice. Because of this settlement, the home equity line of credit was forgiven. The husband argued that the wife would get a windfall if he still had to pay her $75,000, as required by the property settlement agreement.

The wife, however, argued the husband hadn't paid the $75,000 and also hadn't paid alimony in a timely fashion. She argued he hadn't paid other things he was required to pay under the agreement, and she'd had to make multiple motions with the help of her attorney in order to enforce her rights. As a result, the home had been subject to foreclosure, and the settlement was due to foreclosure. She also said she would be responsible for the tax consequences of having the home line of credit debt be forgiven.

A family law judge heard the parties' arguments and found that the husband had failed to comply with the agreement and that he had unclean hands. The agreement had required him to pay $75,000 before the wife owed a duty to refinance the home, but he had not done so. The judge found that this payment was a separate obligation and denied the husband's motion.

The husband appealed, arguing the judge should have modified the property settlement agreement. Under Rule 4:50, a party can be relieved of a final judgment when a judgment or order has been satisfied or a prior judgment upon which it's based has been reversed. If a motion is made under subsection (e) of the rule, the moving party has to show there is inequity due to the enforcement of an order. Subsection (f) provides relief for any other reason.

The appellate court explained that while the bank's settlement was unforeseen when the parties executed the settlement agreement, the husband was supposed to continue to pay the home equity line of credit and to pay the defendant $75,000 within 15 months. This was a separate obligation from the wife's duty to refinance, which was conditioned upon receiving $75,000 from the husband.

The appellate court also explained that under subsection (e) of the rule, the husband had to show it was inequitable that he had to pay the wife $75,000. The lower court judge correctly found that the husband hadn't made a showing that entitled him to relief. Subsection (f) relief was limited to situations involving a grave injustice.

In this case, requiring the husband to pay the wife money he'd agreed to pay her wouldn't cause an injustice. The appellate court further concluded that the husband hadn't established that the bank settlement was a changed circumstance that required the property settlement agreement to be modified. The lower court's ruling was affirmed.

If you are considering divorce in Bergen County, and you need to protect your rights during the equitable distribution process, it is important to retain an experienced and aggressive equitable distribution attorney to seek an appropriate outcome. Contact the lawyers of Leopold Law at (201) 345-5907 or through our online form. We have attorneys available who can handle all of the aspects of a divorce.