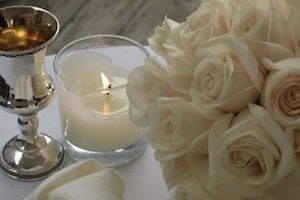 In a recent New Jersey appellate decision, the wife appealed from an order terminating the husband's alimony obligation under their Marital Settlement Agreement. The parties divorced after twenty years of marriage. Their final divorce judgment incorporated their marital settlement agreement. It mandated payment of alimony of $500 per week from the husband to the wife. The agreement stated that the alimony would go up to $700 per week when the wife had to leave the marital home because of foreclosure. It provided for termination when either spouse died or the wife cohabited with a romantic partner, family members, or friends.

The settlement agreement provided that in getting to this agreement the husband and wife had been given the chance to consult separate legal counsel. It stated that the parties entered into the agreement voluntarily and that it wasn't the result of undue influence, duress or fraud.

The wife was forced out of the home because of a sheriff's sale and moved in with her sister, resulting in the defendant stopping alimony payments. The wife moved to enforce litigant's rights. She claimed she was paying her sister $800 each month, which increased her monthly expenses. She explained that she'd negotiated an alimony increase after leaving the former marital home because she knew her expenses would be higher.

The defendant pointed to the paragraph of the settlement agreement, which provided for termination upon cohabitation. He argued that he'd negotiated this paragraph in expectation that the plaintiff would move in with a family member. The plaintiff responded that she disagreed with the definition of cohabitation used by the defendant. She claimed that living with another was different than cohabiting. In her view, cohabiting for alimony purposes mean someone else was contributing to her support. She explained she couldn't work and had applied for disability, for which she didn't qualify because she was receiving alimony.

The trial court granted the husband's cross motion on the papers. In a statement of reasons, the court acknowledged she wasn't cohabiting as it was traditionally used by the court, but was cohabiting under the definition set forth in the settlement agreement.

The plaintiff didn't argue she didn't understand the settlement agreement terms or there was fraud. She simply argued case law didn't support that definition.

The appellate court explained that the former couple had expanded the definition of cohabitation in the settlement agreement. The agreement unambiguously included living with a family member as part of the definition of cohabitation. The settlement agreement explicitly stated that the agreement had been entered into voluntarily and without coercion. The ex-wife didn't certify she wasn't aware of this provision or didn't understand its meaning.

The ex-wife argued it was error to interpret the cohabitation clause such that there was no examination of the economic circumstances. The appellate court explained that the settlement agreement was governed by basic contract principles, and where the parties' intent was plain and the language unambiguous, the contract would be enforced. It explained that the agreement was consensual, knowing, and voluntary, and there existed no compelling reasons to depart from the terms of the agreement. It affirmed the lower court's decision.