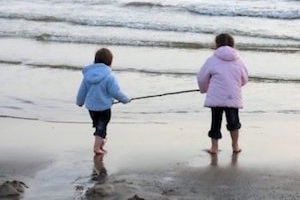 In a recent New Jersey appellate case, the court considered the divorce of a couple who'd been married since 2001 and had two kids together. The wife filed for divorce in 2012, while employed by a government contractor. The couple divorced in the following year, and the judgment incorporated a matrimonial settlement agreement.

The agreement provided that the couple would share joint legal custody of their kids, who were nine and seven. The plaintiff was chosen as the parent of primary residence. The parties agreed that schooling for the children would continue in the same public school system as long as the husband lived there and that his address would be used for school district purposes. The kids staying in the public schools was considered a bargained-for exchange and a basic part of the settlement.

On appeal, the plaintiff argued the judge's findings were in error. The appellate court deferred to the lower court, noting its special jurisdiction and family law expertise. The judge in this case had not determined the job transfer counted as a changed circumstance that warranted a modification of the settlement agreement. The wife argued that the judge had misapplied the law. The appellate court noted that the judge had recognized that the plaintiff had been subject to potential job changes many times before and after divorcing. The court found that it was the potential for these types of transfers, putting the mother in the position of either changing her career or relocating, that motivated paragraph 2.2 of the settlement agreement.

The appellate court found that this finding was appropriately supported in the record. The plaintiff hadn't shown that the transfer was unanticipated, nor had she challenged this finding. Instead, she had to show that the non-location provision was now not in her children's best interests. The lower court looked at the mother's testimony that she wanted to reduce the amount of time the father spent with the kids and even proposed to eliminate after-school time. The judge was worried that if the mother moved out of state with the kids, she wouldn't encourage them to maintain their relationship with their father, and he would lose the daily contact that the agreement had envisioned.

The judge also noted that it was important that the kids continue to benefit from their extended family in New Jersey. The mother planned to come back to New Jersey eventually, so the judge found it didn't make sense to disrupt their lives for a temporary move and establish a precedent in which their daily contact with their father would be gone. The judge also noted that the parties had agreed to the provision about the public school system because they thought it to be in their children's best interests.

The appellate court affirmed the ruling that there were no changed circumstances sufficient to warrant a change in the settlement agreement.

If you are considering divorce in Bergen County, and you are concerned about alimony or visitation, it is important to retain an experienced and aggressive attorney to seek an appropriate outcome. Contact the lawyers of Leopold Law at (201) 345-5907 or through our online form. We have attorneys available who can handle all aspects of a divorce.