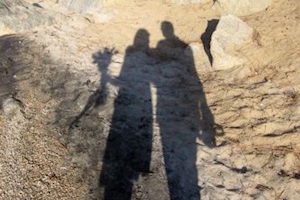 In a recent New Jersey alimony decision, a husband appealed from an order denying his motion to reduce or terminate his alimony obligation. The couple had three kids, all of whom were emancipated by the time of the appeal. When they divorced, the couple negotiated a property settlement agreement that was incorporated into their divorce judgment.

In this agreement, the father agreed to pay the mother $800 each week in alimony until the wife got remarried or either spouse died, whichever happened first. The agreement didn't mention what would happen in case of cohabitation or other changes of circumstances.

When they got a divorce, the father was self-employed by a company he partly owned. In his case information statement, he claimed he earned about $70,000 each year. The wife was unemployed, but the husband claimed she had the ability to make money. He kept trying to reduce or conclude his alimony obligation.

Finally, he made a motion saying his financial circumstances had gotten worse, and his ex-wife was cohabitating with another person. The court found he didn't make a showing of cohabitation but permitted discovery about their financial circumstances. When the husband didn't comply with discovery demands, his motion was dismissed. Still, he tried again to reduce his alimony. During discovery, his tax returns showed he had a gross annual income in the ballpark of $80,000 and $90,000 in two different years. His case information statement claimed his income so far in 2015 was $0. It also claimed his monthly expenses were almost $8,000.

The ex-wife still claimed to be unemployed and said her primary income was alimony. She moved for summary judgment on the basis that the husband couldn't show cohabitation or a change in financial circumstances. The court granted her motion, explaining its reasoning. It found he'd not established a chance in financial or other circumstances. Nor had the ex-husband supplied any evidence of cohabitation, or that the ex-wife and her boyfriend were financially helping each other.

The ex-husband appealed. The appellate court affirmed the Family Part decision. It explained that in their property settlement agreement, the couple hadn't addressed whether alimony could be changed or concluded if the parties changed their financial circumstances or if there was cohabitation. It noted that alimony could be altered or revised by the court as circumstances required under N.J.S.A. 2A:34-23. However, this law couldn't be construed to modify how long alimony should last if the couple had agreed upon it or the court had ordered it, or if there was an enforceable written agreement between the two people.

In this case, the property settlement agreement was entered into in 2004, and it didn't include clauses stopping the modification of alimony. The party asking for a change had to show changed circumstances. Somebody self-employed due to an involuntary reduction had to meet specific requirements, including an analysis of economic and noneconomic benefits obtained from the business and a comparison as to which of these existed at the time of the divorce.

In this case, there was no showing by the ex-husband of a change in financial circumstances. He owned two businesses but didn't submit an analysis showing benefits from those. While he claimed the ex-wife had spent more than she received in alimony, she provided the explanation that she'd sold the marital home she'd gotten in their settlement and bought another, cheaper house. There was also no showing that the ex-wife was cohabiting under case law or statute.

The ruling was affirmed.