Modification of Alimony Due to Cohabitation in New Jersey 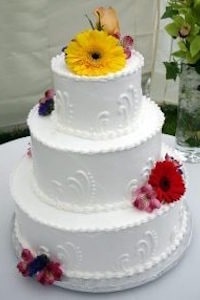 In a recent New Jersey alimony decision, the husband appealed from an order denying his motion to conclude or modify alimony to his ex-wife. The case arose when a husband and wife divorced after 17 years of marriage in 2000. Their property settlement agreement required him to pay her $150 each week in permanent alimony until the wife remarried or either of them died.

The husband tried to modify alimony on three separate occasions. On the fourth occasion, in 2016, the defendant moved to modify or terminate his alimony obligation because of a significant change in circumstances and inability to pay. He claimed that his income had been significantly reduced and that his ex-wife was cohabiting with someone. He also described his health issues and submitted doctor's notes, as well as photos of his ex-wife with her supposed boyfriend.

The plaintiff opposed the request, denied cohabiting with the man in the photos, and claimed her ex-husband had misrepresented his income in earlier motions and was doing so again. The plaintiff claimed the defendant was self-employed, got his income only from operation of his construction company, and artificially and inaccurately reduced his personal income by paying his personal expenses with corporate funds.

The court found the circumstances weren't changed enough to allow for a modification of alimony. It denied the ex-husband's motion without a hearing. It also found that the settlement agreement listed only death and remarriage as a basis for terminating alimony; cohabitation was intentionally excluded as grounds to modify the alimony obligation. Furthermore, the court rejected the defendant's claim that his health issues prevented him from working. It found that the doctor's notes didn't establish that these health issues interfered with his ability to earn money.

Furthermore, the court rejected the claim that the reduced income warranted a modification. The defendant was a self-employment contractor and had to give more detailed information to support the claimed reduction in income. The order stated that he produced some documents and didn't identify what was lacking. It also stated the court didn't have the expertise to know whether the defendant's submissions showed changed circumstances.

The appellate court found the lower court made a mistake in inferring that the parties had agreed cohabitation wouldn't be considered grounds to support a modification of alimony. The settlement agreement's language did not support this inference. The omission of any reference to cohabitation could have meant that the couple recognized that without an express agreement, the law allows a paying spouse to rely on cohabitation as a changed circumstance to support termination or modification.

However, it found that the defendant hadn't presented evidence to show there was a prima facie case of changed circumstances. The ex-husband hadn't submitted more than hearsay from third parties and a few photos. He didn't offer competent evidence either of cohabitation or of how his health issues affected his ability to work.

However, the appellate court found that the lower court had made a mistake in finding he'd failed to make a prima facie showing that his reduced income was a changed circumstance that warranted a plenary hearing. It reasoned that the court's lack of financial accounting expertise didn't make the showing inadequate. The appellate court sent the case back to determine whether there were factual issues that mandated a plenary hearing.