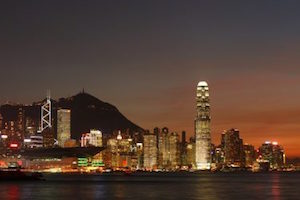 In a recent New Jersey alimony decision, a couple got married and had two kids. One of the kids is a college student in Colorado, and the other is emancipated. The couple divorced in 2006 while living in Hong Kong, where the father was general counsel with a tech company. The father's salary was $528,000 from three years before their divorce, and the mother wasn't working outside the house.

The divorce wasn't finalized until 2006. The couple settled by entering into a consent summons. A Family Part Judge found that a supplemental agreement and the consent order survived the final divorce judgment. The couple had agreed that the mother had sole custody, with the father paying maintenance for both children until they turned 18 or stopped with post-graduate or tertiary education, whichever was later. They also agreed that the parties had the expectation that the kids would go to college. The defendant would be mostly responsible for paying for education. The father paid for the older daughter to go to college and paid for the younger daughter's college tuition until the end of 2014.

The consent order required the father to pay alimony to the mother in the sum of $10,756 each month during their lives or until she got remarried. The father complied with this and other requirements for eight years until he was terminated from his job in 2015. He got a severance payment that was equal to a year's salary, and his unemployment benefits expired. He only got $783 each month from a supplemental pension.

The court denied the father's request to modify child support, finding he'd failed to satisfy the requirement of showing his circumstances had permanently changed. It wasn't satisfied he couldn't find a job with comparable income to what he'd earned or with income that was more than what he got in severance and unemployment. It also found the request to change the alimony amount premature. His earning capacity hadn't gone down yet, and the court noted that the mother had waived her interest in some joint property in order to get permanent alimony. The father's current spouse and he had more than $2 million in assets. The court denied the request to end or reduce alimony and required the father to keep paying for the younger daughter's college expenses.

The court determined that the couple had an agreement that the father would have full responsibility to pay for the kids' college. The father asked for reconsideration, but his request was denied. He had gotten a job earning a base salary of $250,000, but this wasn't enough to meet the alimony obligation. This motion also was denied, based on the father's target bonus, which could result in earning $300,000-$400,000 per year.

The father appealed, arguing that his decrease in income wasn't by choice and counted as changed circumstances. He argued that the court hadn't considered the factors described in N.J.S.A. 2A:34-23(k), and therefore it didn't consider relevant, material information. He also argued it was improper to consider his current wife's income.

The appellate court agreed with the father that the court should have reviewed his request to change alimony. It noted that a temporary reduction in income was not enough. The factors include the reasons the income was lost and efforts to find a new job. The Family Part judge acknowledged during the motion for reconsideration that his new base salary was much lower than what he had earned before. He also had documentation that his termination was not voluntary. The appellate court found there was enough proof of a substantial change in circumstances that reconsideration was warranted.

The appellate court reversed and sent the case back for additional proceedings.