Parent's Contribution to College After Divorce in New Jersey 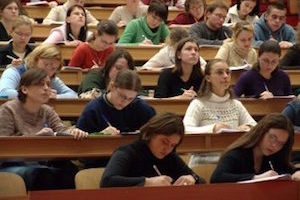 In a recent New Jersey child support decision, a couple divorced after 17 years. They had a daughter and son. As part of their property settlement agreement, they agreed that they would address the issue of contribution to the expense of college when their kids actually went to college. They planned to use the factors stated in Newburgh v. Arrigo.

In this case, the property distribution agreement required the father to pay $100 each week in child support. Each parent was allowed to claim one tax exemption. The father owned multiple businesses, including after the divorce. The mother claimed that the father issued the kids payroll checks from one of the businesses and put that into a college fund. She claimed that he used the college fund rather than his own funds to pay their expenses.

When the first child started college, the mother paid for three semesters and then asked the court to order the father to reimburse her for future college expenses. This motion was dismissed. The mother appealed.

The appellate court agreed with the lower court that the mother had filed a motion for reconsideration late. However, it also concluded that even if the motion had been determined on substantive issues, the outcome would have been the same. The mother hadn't presented a valid basis for the trial court to permit reconsideration. She'd argued that it was egregious that payroll checks issued to the couple's daughter belonged to the father. The funds belonged to the kids, rather than the father. However, the appellate court noted that this issue was determined in the settlement agreement, in which the college fund was distributed to the father.

The lower court had denied taking a position on the payroll checks issued to the kids. The mother had refused to testify about the Newburgh factors at the hearing set by the lower court. She had therefore taken away the lower court's ability to determine those factors, and that was why the lower court dismissed her motion.

The mother also argued it was incorrect for the lower court to terminate child support and give the father both tax exemptions. The appellate court explained the terminating order referred to the father's agreement that he'd pay the rest of the child's college expenses. The husband argued the settlement agreement distributed the college fund to him, and the appellate court agreed. It noted that the agreement didn't specifically refer to the name of the college fund, but it stated that each party would keep its own personal bank accounts as separate property and that any asset not specifically named would stay the property of that party. The mother argued the asset wasn't a marital asset. However, the record showed that the college fund had been distributed to the husband during the divorce.

For these and other reasons, the lower court's judgment was affirmed.

If you are considering a divorce in Bergen County, and you are concerned about child support issues, it is important to retain an experienced and aggressive attorney to seek an appropriate outcome. Contact the lawyers of Leopold Law at (201) 345-5907 or through our online form. We have attorneys available who can handle all aspects of a divorce.