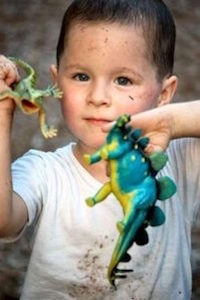 In a recent non-binding New Jersey appellate decision, a mother appealed an order reducing the amount of child support paid by the father. The couple married in 1995 and also in 2003. In 2010, they entered into a property settlement agreement that was incorporated into their final divorce judgment. They had three kids who were minors as of 2015. The settlement agreement provided that they would have joint legal custody, with the mother being the parent of primary residence. The father had parenting time as well as overnights.

The child support was supposed to include daycare, lessons, and any other expenses, and it was $2,400 each month. The parents didn't use the New Jersey Child Support Guidelines to calculate child support.

The child support provision in the settlement agreement was more than what was available under the Guidelines. It also provided that there were certain events that would result in the termination of child support and provided that child support could be changed, with resort to mediation before litigation. The father was supposed to give the children health insurance and take the kids as tax deductions.

However, the parents were planning to contribute equally to post-secondary education expenses. The mother was to receive $1,020 in alimony, which would stop when her youngest child became 18 years old, either of them died, or she remarried.

In 2015, the mother asked for sole custody, since the father didn't exercise his parenting time. She also wanted child support to be increased. The father opposed and asked for a modification of child support. He said that he didn't have overnights and that the mother wasn't incurring costs of daycare or lessons. The mother responded by asking for a cost of living increase in child support.

The mother's request for sole custody was denied. The court ultimately issued an order reducing child support to about half of what had been ordered previously. This order was based on a substantial change of circumstances in that the father no longer had overnight visits and incurred a cost for health insurance. The calculation was now based on the Guidelines, using the father's 2014 income and imputed income for the mother. The judge told the mother he was required to follow the Guidelines and called the mother's claim that the child support wouldn't be enough for three children "equitable arguments."

The appellate court explained that a settlement agreement is a contract. It also found there was a change of circumstances that warranted a review of how much child support was being paid. The father's salary had gone up, and he was no longer doing overnights. However, it also found that nothing in the agreement showed the parties rejected the standard that an application to modify child support had to show a change of circumstances that warranted a modification.

The appellate court agreed the trial court was to use the Guidelines in determining a new amount of child support. However, the lower court had made a mistake in not considering whether the mother had shown good cause to deviate from the Guidelines. When a deviation is ordered, it has to explicitly consider factors under N.J.S.A. 2A:34-23(a) and the best interests of the children. That didn't happen in this case. No consideration was made of the children's current expenses, for example. The case was reversed and sent back to the lower court.

If you are considering a divorce in Bergen County, and you are concerned about child support obligations or visitation, it is important to retain an experienced and aggressive child support attorney to seek an appropriate outcome. Contact the lawyers of Leopold Law at (201) 345-5907 or through our online form. We have attorneys available who can handle all aspects of a divorce.