Reunification Therapy as Prerequisite to Parenting Time in New Jersey 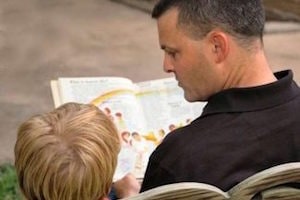 In a recent New Jersey appeal, a father asked the court to review a trial court order that denied his motion to reduce his child support payments, denied him vacation parenting time, and ordered him and his son to participate in reunification therapy as a prerequisite to parenting time.

The couple’s relationship began to have problems in 2011, and the defendant claimed it was because the plaintiff began seeing a coworker romantically. He traveled to French Polynesia in 2012, and the plaintiff didn’t go. They separated the next year, and entered into a consent order that granted joint legal custody to both of them with primary residential custody to the plaintiff and parenting time to the defendant. The order stated that if the father wanted to travel internationally with their child, he’d need to give the mother 20 days notice. The court also set a weekly child support obligation that the father would have to pay.

After they broke up, the father experienced depression and anxiety and believed he was about to be fired. He later claimed the mother interfered with him exercising parenting time. When their child was 6 1/2 years old, he relocated to French Polynesia where he worked as a self-employed photographer, and his income dropped by 75%. At the hearing on modification of child support, he testified he didn’t wish to work in IT and that pay was low in IT in Bora Bora. He was also upset about the breakup and created a website on which he expressed love and anger towards the mother, and criticized her. He also posted messages to his son. The plaintiff found it harassing.

The father claimed the mother interfered with his ability to speak to his son. The record didn’t fully reflect whether this interference was successful. The father took the website down at one point, but then threatened to put it back up. The mother got a temporary restraining order under the Prevention of Domestic Violence Act, N.J.S.A. 2C:25-17 to-35.

The order barred the father from contacting the son or having parenting time initially, but the extended temporary restraining order didn’t prohibit contact, though it did prohibit parenting time. The parties entered into a consent order about the website and access before a final order was issued. Through the consent order a schedule of parenting time via Skype and Facetime was adopted.

Six weeks later, the father’s attorney contacted the mother to propose their son spend Christmas in France with the father and his two other kids and parents and propose other vacation time. The plaintiff said there would be no unsupervised parenting time until the father underwent reunification therapy.

The defendant filed a motion for visitation and to reduce support. The plaintiff opposed the motion arguing international parenting time wasn’t in their son’s best interests and denying she’d interfered with his parenting time. She also raised the defendant’s depression as a disabling condition that had to be addressed before he got parenting time.

The judge elicited testimony from the father at a hearing. The testimony indicated the father had chosen to pursue photography rather than IT and live in Bora Bora. The father said his son was interested in visiting France. His motion was denied and he was ordered to go to reunification therapy, remove the website, and continue paying child support.

The defendant appealed. The appellate court explained that the consent order they’d entered into didn’t entitle the defendant to parenting time in France or Bora Bora, but also didn’t put preconditions on his ability to have physical parenting time with his son. It found that making reunification therapy a precondition of physical contact was a serious departure from the couple’s agreement that excessively burdened the defendant’s right to share in parenting the child.

The appellate court also found that the trial court’s order failed to define goals of reunification therapy and wasn’t adequately supported by the record. It found that the defendant had met his burden to show it was in the child’s best interests to travel to France to visit him during Christmas.

However, the court also found that the defendant hadn’t met his burden to show such changed circumstances that the child support obligation should be reduced. The defendant was voluntarily underemployed, having chosen to change professions and relocate to a place with less remunerative opportunities than what was available in New Jersey without just cause.

If you are considering divorce in Bergen County, and you are concerned about child support obligations or visitation, it is important to retain an experienced and aggressive child support attorney to seek an appropriate outcome. Contact the lawyers of Leopold Law at (201) 345-5907 or through our online form. We have attorneys available who can handle all aspects of a divorce.